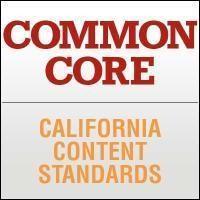 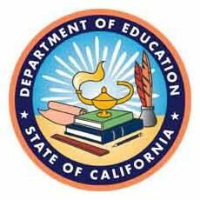 California State Standards bring strong advantages to students in California and in the United States. First, by unifying the expectations, assessments of educational quality and the federal funding that is based on such assessment will be more equitable. Second, students throughout the United States will be in a better position to compete with students throughout the world for university admission and for jobs in a global market. Finally, these standards define transitional-kindergarten through twelfth grade learning that will ensure that students are well prepared for post-secondary education and careers.
The standards (formally known as The Common Core State Standards) are being used by 43 states across the United States. California’s State Board of Education adopted the standards in August 2010. The National Education Association, American Federation of Teachers and California Teachers Association were included in the discussion and were given a voice in providing their input into the final version of the standards.

California educators have joined a national movement to adopt common standards and assessments for English language arts and mathematics. Currently, standards for what students should know and are able to do vary among states, as does the difficulty of the assessments used to determine whether students are meeting those standards. Common Core State Standards allow for collaboration among states on best practices and professional development.

A common set of standards ensures that all students, no matter where they live, will be focused on graduating from high school prepared for postsecondary education and careers. In an increasingly mobile society, families with children transferring to new schools will not have to adjust to new learning expectations. Standards will be the same for all students in states adopting the CCSS, making the transition smoother for students.

In a competitive global economy, all students must compete with not only peers in the United States, but also with students from around the world. The CCSS were designed to prepare students to succeed in this environment.

Common Core State Standards will facilitate conversation among parents, teachers, and students about high- level academic learning goals. Common Core State Standards define exactly what students should know and are able to do at each grade level, they will help parents hold their schools accountable for teaching students in ways that support learning of the important content and skills defined by the CCSS.

Adopted in California in August 2010, the K-12 Common Core State Standards were developed through a state-led effort to establish consistent and clear education standards for English language arts and mathematics. The initiative was launched by and supported by the Council of Chief State School Officers and the National Governors Association.

Common Core in the Classroom

The learning environment is to be robust and relevant to the real world, reflecting the knowledge and skills that our young people need for success in college and careers so they will be best positioned to live happy, successful lives here in Orange County as well as contribute and compete successfully in our local and global economy.

PTA has created grade-by-grade parent guides that reflect the Common Core State Standards. Individual guides were created for grades K-8 and two were created for grades 9-12 (one for English language arts/literacy and one for mathematics). The guides are available in English and Spanish.
CDE Informational flyers
https://www.cde.ca.gov/re/cc/ccssinfoflyers.asp